A Small (But Huge) Environmental Victory

We all know that government sometimes moves at a glacial pace, but it has finally entered the “paperless era.” My clients and I (and the nearby forests!) were delighted to hear about the recent passage of Assembly Bill 895, which allows for electronic filing for candidates as opposed to the tree-killing former paper process.

As a professional political treasurer who routinely works with candidates to ensure their paperwork is up to date, this was important to me – and I think it should be to all the people in the great state of California due to its far-reaching consequences. 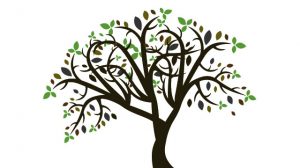 That’s because we have shown that sustainability is important to us, through a number of propositions, from the statewide ban on plastic bags to the sweeping climate change legislation Governor Brown signed last year. So, why should our would-be legislators, the ones who are ultimately enacting these environmentally friendly pieces of legislation, start their journey doing the opposite? That is, filing hundreds of thousands of extraneous pieces of paper instead of electronic filing for candidates.

The passage of Assembly Bill 895 means that if you’re a candidate, or running a campaign, PAC or ballot measure with CA state jurisdiction, you no longer have to “paper file.” This brings more of the state into alignment with green reporting procedures. (There are still smaller local jurisdictions where paper filing is required.)

I should note that the previous outdated rules weren’t enacted as an affront to the environment: They were instituted when ye old internet did not exist, then suffered through governmental conservatism concerned with technological reliability. Safe to say that question has finally and thoroughly been put to rest.

Times change, and I appreciate that the concept of electronic filing for candidates has come to the forefront. In particular I want to acknowledge Assemblymember Bill Quirk as the author and   the California Political Treasurers Association (CPTA), which served as the bill’s chief supporter. CPTA lobbyists Branch Jones and Legislative Vice President Laura Stevens met with Quirk and Assemblymember Evan Low and their staffs and the Fair Political Practices Commission to discuss the bill’s merits. Due to the care in crafting the bill and the conditioning work done by ASM Quirk and the CPTA, it passed with flying colors.

A Story Problem With a Happy Ending

The effects are far-reaching: Consider that Gavin Newson in his recent filing for his 2018 gubernatorial race had to file almost 2,500 pages – actually, make that 5,000 as you have to file an original and a copy. The math increases even more for legislators who have a number of irons in the fire. For example, a sitting Senator might also have their previous City Council committee open or a candidate-controlled ballot measure committee necessitating multiple filings in multiple jurisdictions.

I was never fond of story problems back in the day, but this is one that rings far truer than the old “two trains leaving the station.” When we look at electronic filing for state candidates, if we take the nearly 300 candidates who have already declared for the 2018 elections and consider the average filing is around 500 pages (times two of course) we’re looking at 300,000 sheets of paper – and that’s only if they’re solely filing with the Secretary of State, rather than in multiple jurisdictions. This does not count state PACs, ballot measures, slate mailer organizations and all of those candidates who are waiting until 2018 to throw their hats in the ring.

With our 300 candidate example and 500 sheets in a ream, we’re talking a savings of about 600 reams of paper every reporting period (at a bare minimum; many filings are far, far more complex, and many candidates have yet to declare). Since it takes one tree to make approximately 16.5 reams of paper, we’ve just saved 16 trees. No one can argue that this bill brings a savings of time and money, as well, of course, as precious natural resources.

When the legislature makes a bipartisan decision that makes complete and total sense, it is on us to say “bravo.” So on behalf of all of us who appreciate electronic filing for candidates ….BRAVO!